IT FUTURE EXPO 2019 by Cypherdog 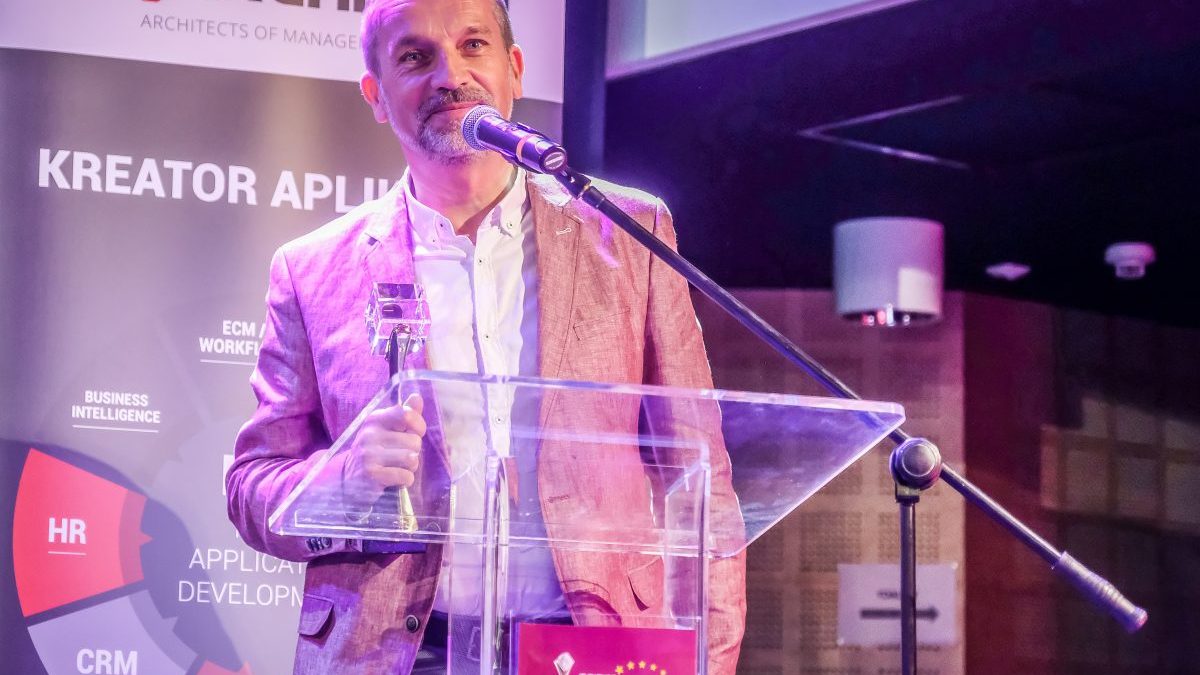 IT FUTURE EXPO 2019 by Cypherdog

It was fast. It was vigorous. It was substantive. Sometimes even stressful. But above all – it was worth it. The last week of September was marked by fairs and events taking place as part of IT Future Expo.

This year’s edition was focused around security topics, especially cybernetic ones. This theme appeared both in lectures and during the IT Future Expo Gala. And we will first say a few words about Gala. It consisted of two important events – an expert debate on cyber security and the awarding of the Chapter awards in the IT Leaders competition.

The topic of the debate was: “Security in the age of digital transformation”, and the voices were raised by industry experts, including representatives of the Polish Information Processing Society, the law firm Bird & Bird, Idea Bank and the technology company Sophos. Przemysław Kucharzewski, Vice President of Cypherdog, was also invited to the discussion. It was moderated by Damian Klimas, a member of one of the working groups of the Ministry of Digitization, and it must be admitted that thanks to his skills the conversation was smooth and free.

The discussion was fierce and at times sparkled a little, especially when considering artificial intelligence. Predictions regarding the exclusion of human work in selected professions in favor of AI technology turned out to be a hot spot. The dispute was mainly about the replacement by robots of specialists in professions of public confidence, such as lawyers and doctors. In this context, Tomasz Zalewski from Bird & Bird presented an interesting thought. He is a supporter of the approach that says that (for now) artificial intelligence can not be injected with emotional intelligence skills – empathy, compassion, understanding and all other necessary social competences, which are valued precisely among professionals of public trust. Thus, his hypothesis assumes that as long as artificial intelligence does not include an emotional “module”, it will not replace people in positions that require it.

Staying on the subject of emotions – this was also raised by the blockchain panel. Although there were voices among the debaters saying that the use of blockchain in technology is sometimes more a marketing ploy than real value, this statement was disagreed with Przemysław Kucharzewski from Cypherdog. According to him, the time to use the full potential of blockchain will come – however, this requires educating the market and greater technological awareness. He rightly pointed out that due to its distributed nature, blockchain can be used as a cybersecurity tool, because its specificity makes it more resistant to hacker attacks than other available solutions.

A lot could be written about the debate itself, but you have to remember that it was only part of the evening – after all, its final was the awarding of statuettes in the IT Leaders plebiscite and this event created the most excitment among the guests.

17 categories – only one winner in each. Two-stage voting – first nominations based on Internet users’ votes, then selection of the winner by the Chapter. The category cross-section was exceptionally wide – ranging from tools for e-commerce, through solutions in the cloud and physical infrastructure. The winners included several really innovative solutions, such as chatbots that automate administrative tasks, an interactive New Line monitor by Agraf, or a document circulation tool with the graceful name of Business Navigator.

Of course, we were most pleased with the award for Cypherdog in the Cybersecurity category, mostly becaue the competition in the form of 3S and DysX was extremely strong. However, since Cypherdog was the winner in its category, it seems that our solution best fits in the context of cyber security. For those who did not have the opportunity to familiarize themselves with our tool, we will tell in short, soldier’s words, what it consists of. Cypherdog is a set of tools for secure communication: a solution for secure transmission of encrypted files, secure cloud storage, local encryption, and a text and voice messenger. The technology is based on blockchain and the end to end encryption method, without the participation of a trusted third party in the communication process. If you are interested, please refer to our website where you will find more information.

After the emotions associated with the competition, there was not much time to breathe, because the next day the IT Expo Future Expo began. Exhibitors, reconciled with too little sleep, appeared at Łazienkowska Street at 5 am. Although some (including us) suffered from sleep deprivation, all the stands were staggered and after 10 o’clock the first visitors could be expected.

What surprised us was the fact that you could meet representatives of literally all industries known to us at the Expo. Although the event, as the name suggests, is centered around IT, it was not a limitation for exhibitors. This approach paid off primarily by expanding networking capabilities and making it easier to establish business relationships.

It is obvious that exhibitors outperformed each other in creative ideas to attract visitors to their stands. During a short walk around the exhibition hall, we noticed, among others, a stand offering free massage by hands of qualified masseurs, exhibitors offering aromatic, free coffee, or stands encouraging with any kind of sweetness you can imagine.

Parallel to the Expo, a conference panel was held whose topics revolved, as in the case of debate, around new technologies and cybersecurity. During the conference, we were able to listen to what representatives of companies such as Sophos, Cloudware, Log Systems and Archman had to say. Dariusz Gałęzowski from PKO Bank Polski shared his knowledge about business process automation, Tomasz Brzeziński from iTaxi presented the concept of using machine learning in a taxi company, and Artur Kurasiński spoke about the problems and challenges related to the growing pushing on the AI ​​technology market. Although each lecture did not last more than 20 minutes, the speakers made sure to leave the students with a large dose of substantive knowledge.

Moving slowly towards the summary, we will share a small reflection – participation in such events confirms our belief in the importance of true relationships and the ability to remain human in a place where mainly business leads. And we mean, first and foremost, small things, because it is their sum that usually determines who we are. It is about a sincere smile after visiting the partner’s stand, thrown from the heart “good luck” before the lecture, praising the taste of promotional fudges (:)), or lending a spare extension cord to the company from the next stand. It Future Expo is a place where you can experience all this and that’s why we look forward to meeting you again next year. 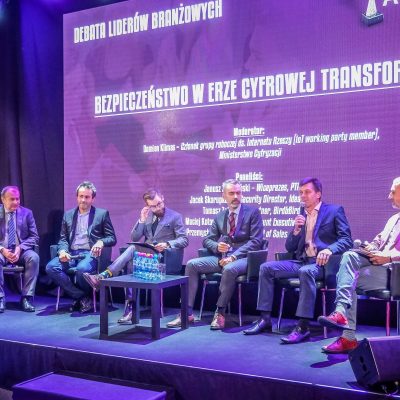 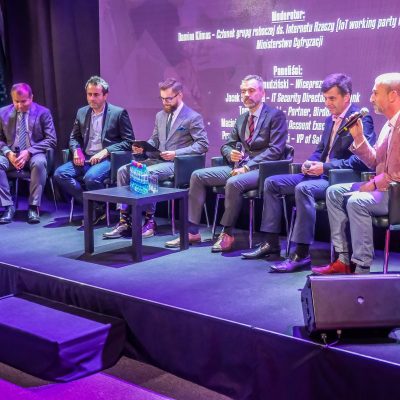 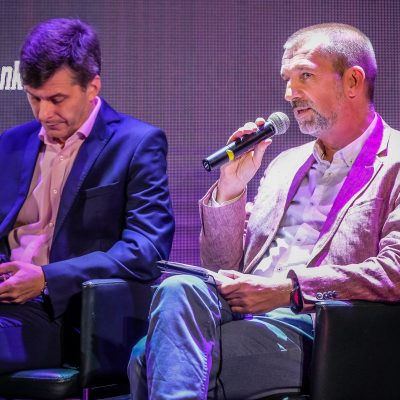 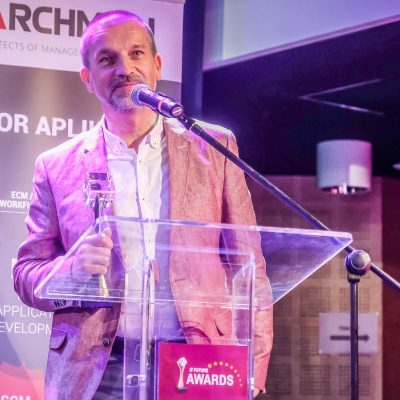 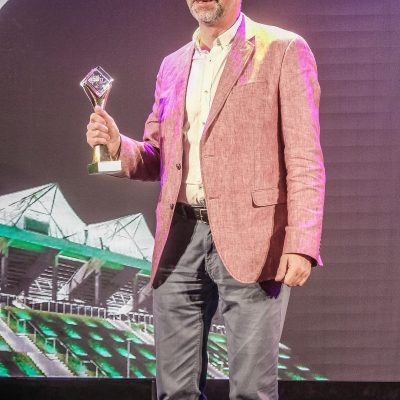 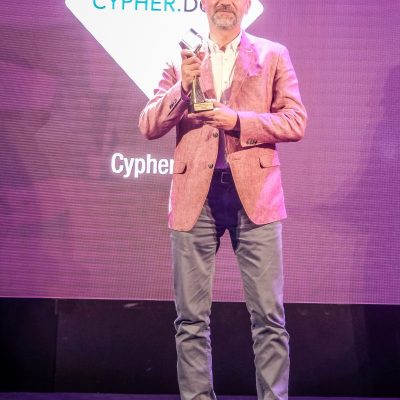 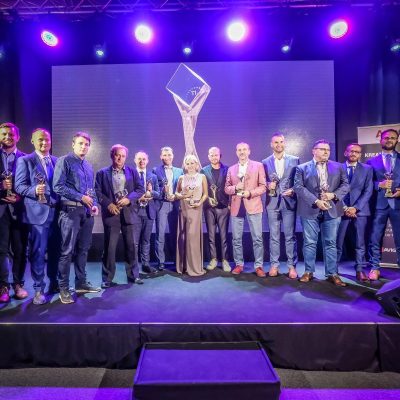 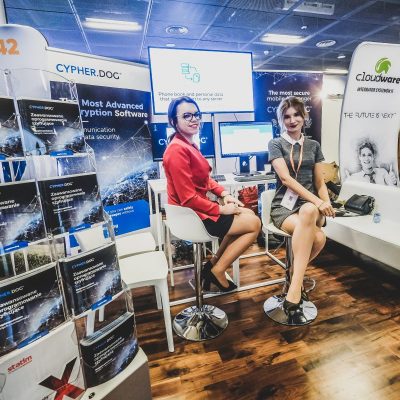